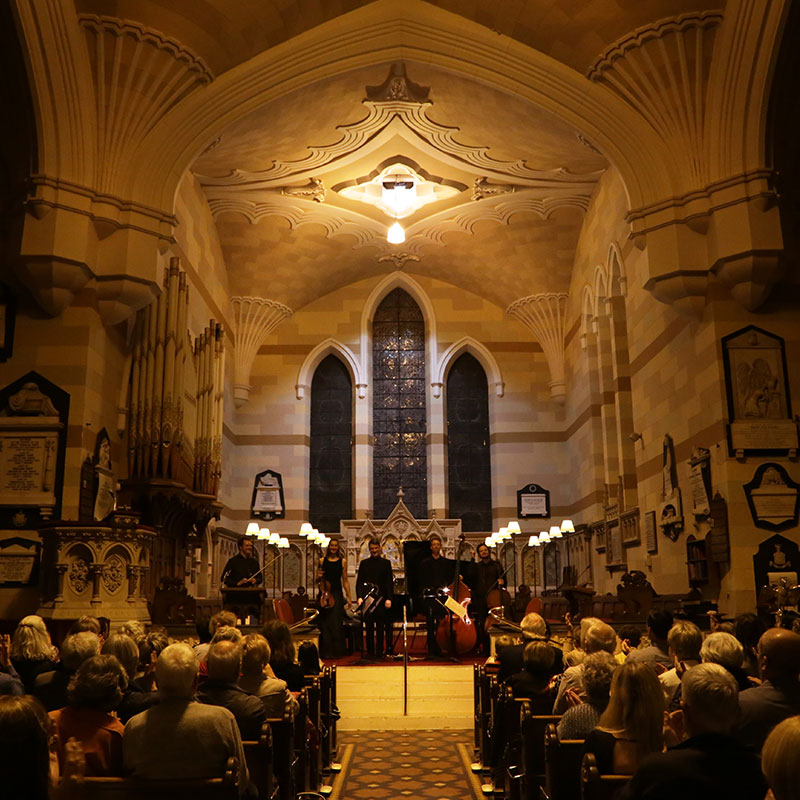 Music in Monkstown is the brain-child of the RTE National Symphony Orchestra’s principal clarinetist and Monkstown resident John Finucane, supported by other enthusiastic local music lovers. After three incredibly successful years, MIM will back from 8 – 10 September 2017 for its fourth festival.

The aim has always been to offer to the people of Monkstown and surrounding areas chamber music of the highest international standard and this year is no exception. Five fantastic concerts, each with a different outlook on the world of music and each one brought to your doorstep!

As last year, there will be post-concert jazz concerts in The Pub @FXB’s, Monkstown, courtesy of Newpark Music Centre and this year a new addition of a Classical Kids event at the Knox Hall on Sunday 11th September at 11am will open the magical door of music to the next generation. It’s going to be a great weekend so make a note in your diaries and tell your friends!

Music in Monkstown is not simply a three-day festival in September. It aims to provide an ongoing programme of outstanding quality chamber music concerts in Monkstown throughout the year.